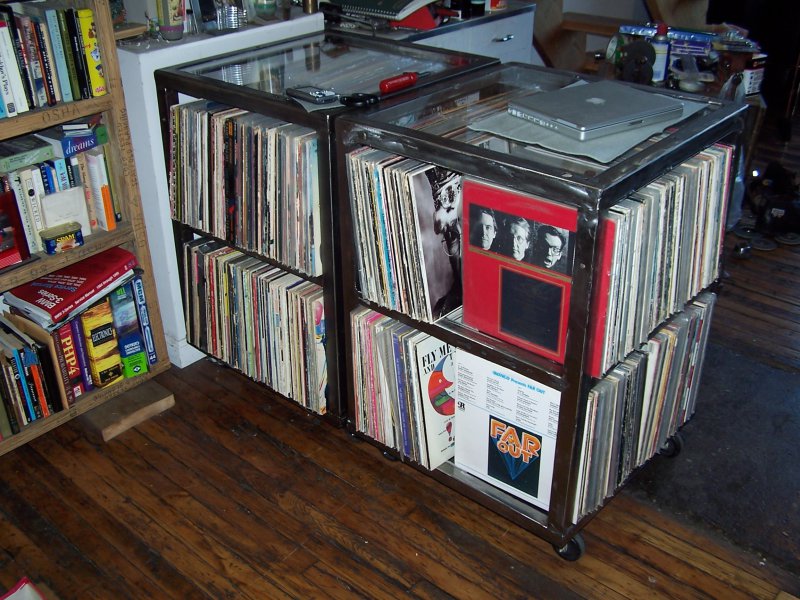 This was my first large welding project. Some of the work was done with an ancient AC/buzzbox machine purchased for $50. The latter half was completed with a Miller Maxstar 140 purchased off of ebay for quite a bit more money. The difference was staggering however in the arc and quality welds.

All the steel tubing was made from discarded bed frames collected over a few months. My friend Nick suggested using bed frames for cheap steel. Nick credits John Arbo for the idea. The steel is cheap, sure, but not having a chop saw means about 15 minutes per set of bed frames to prep them/cut off all the extra crap. Then you have to weld those pieces into tubing. Then cut that tubing and create the frames. Then (in my case at least) take the paint off with flap discs. This took me so much time I’m almost crying as I write this.

The shelves are 1/2″ plexi. Yes it will scratch easily. Yes I should have used glass. Give it a rest.

The first pic is what an “apartment” looks like when trying something like this. Let it serve as a warning to all. 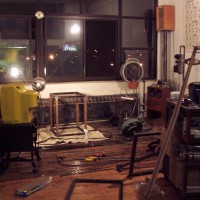 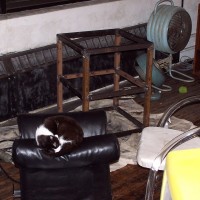 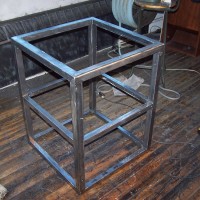 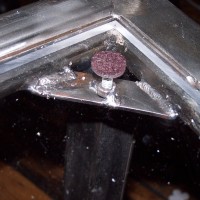