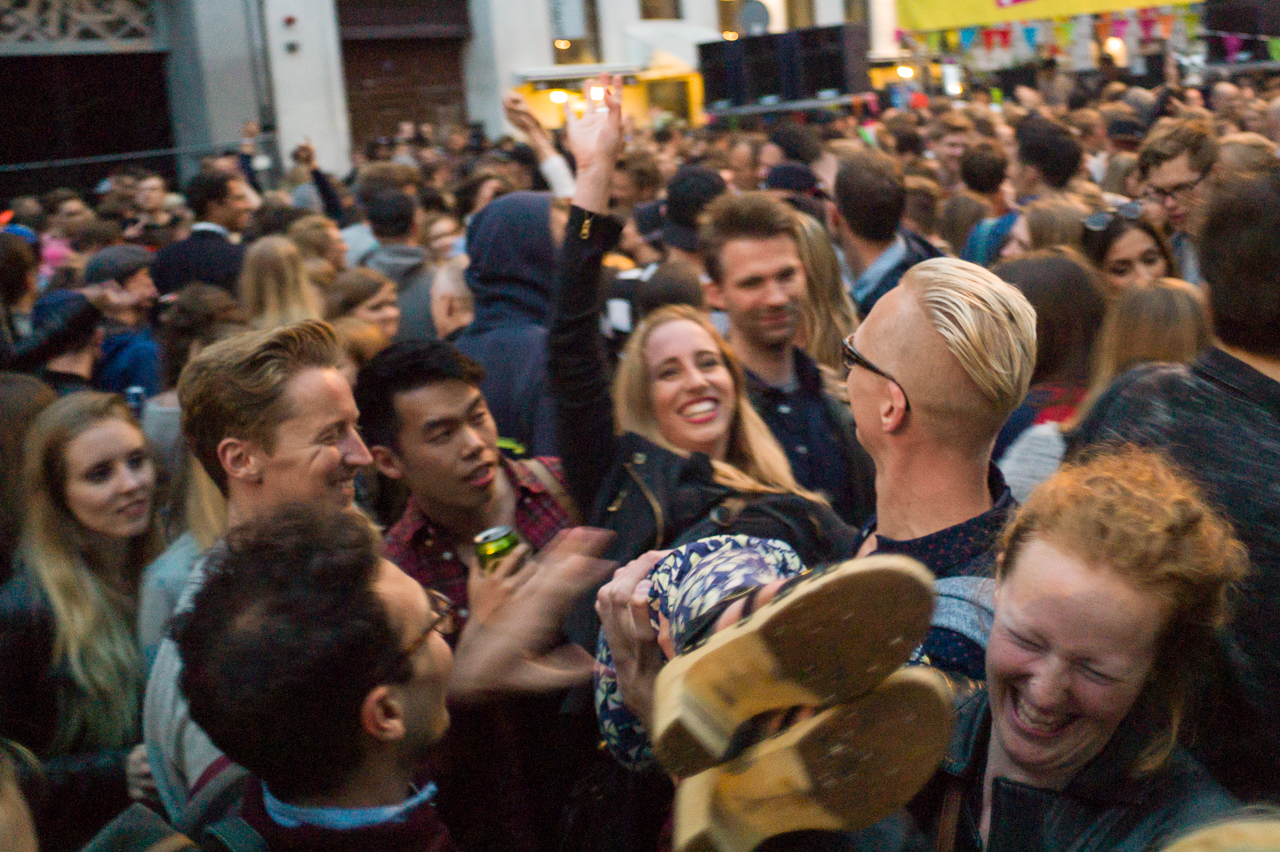 I could have done a better (much, I had a hangover) job cleaning up burrs from widening the counter-sink on the holes to get the screws flush mounted, but otherwise I’m pretty happy with the results.  The adapter is a fairly cheap Ebay purchase (branded “Pixco” it seems perfectly sound except for the countersinking being rather shallow), so I could always do-over.  The only 1.8mm screws I could find were too long hence the coffee can lid for cutting them cleanly.  Focus tests so far seem to be spot on, lucky.  The samples are essentially (one straightened, one white-balanced) untouched from RAW. 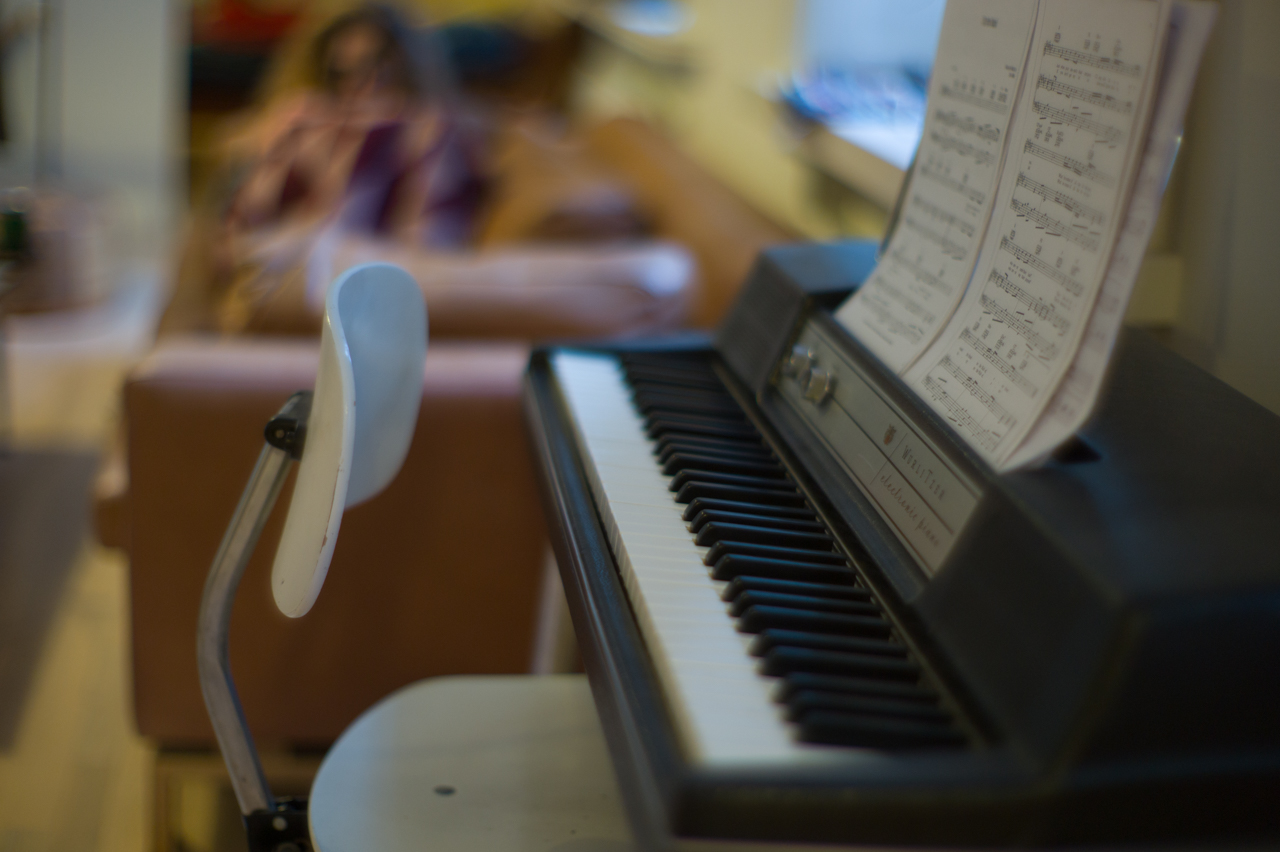 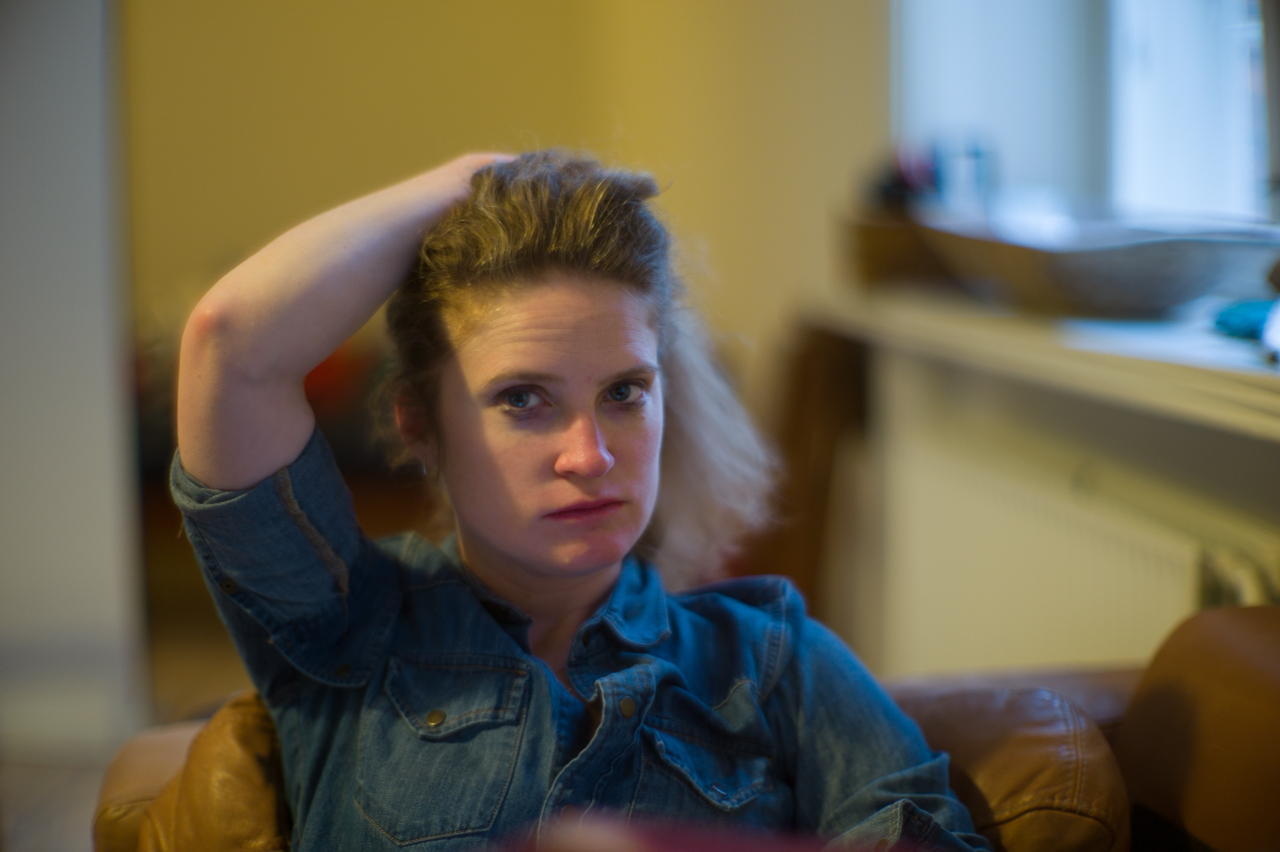 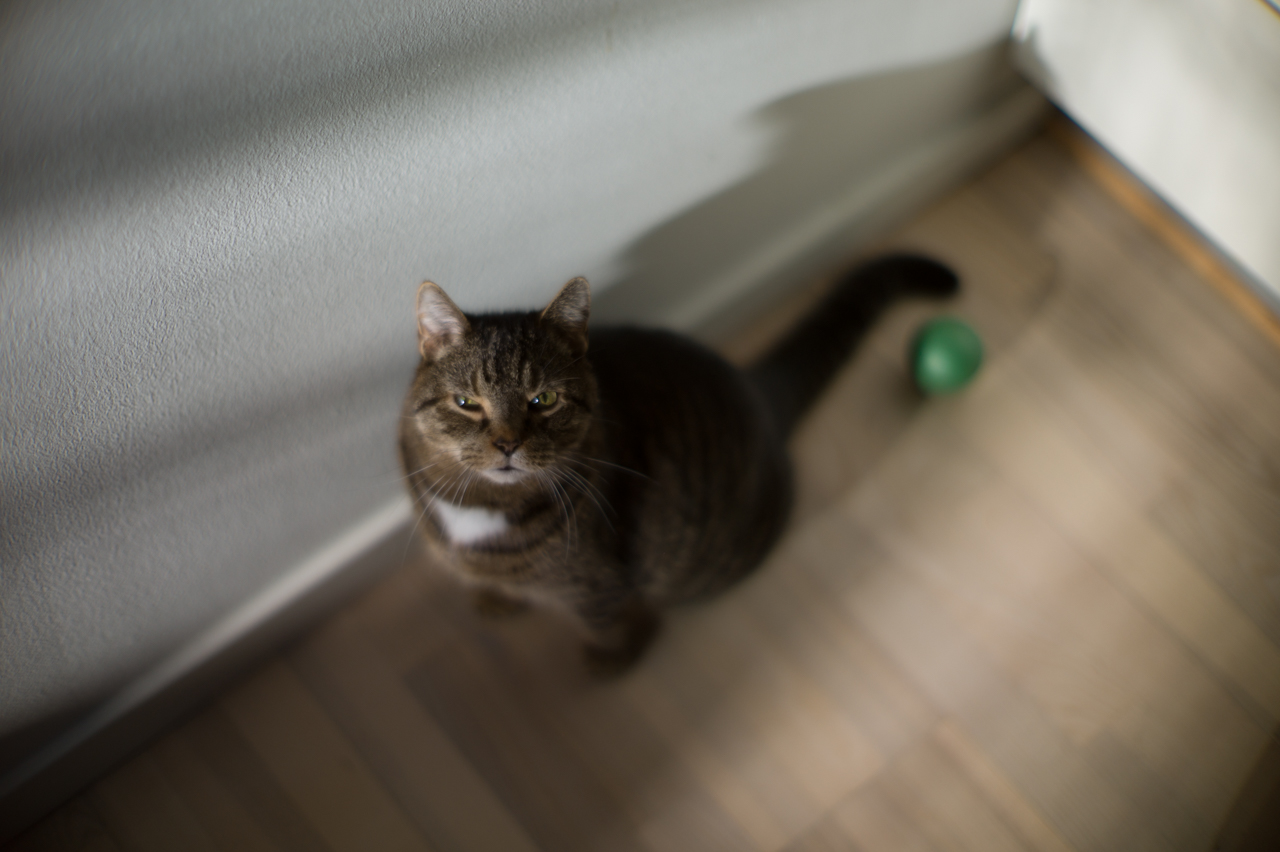 We had 10 days to sail this summer (map here), but made it to Christiansø and Öland, and back safely.  Christiansø was amazing, it’s an enchanted little rock with it’s own resident Northern Gannet.  The Gannet shouldn’t be there, it flew down alone one day from who knows where in the North and stayed.  It stands guard over a power pole in the harbor and gently deters anyone from approaching (see it biting toes below).

We crossed 80nm from Christiansø to Öland over 17 hours, and had a nice couple of lazy days biking around the southern end of the island.  We then made our way back via small towns along Häno-bukten.  The second to last day we saw sunny but near-gale conditions on the Baltic, 15 m/s (~30 kt) winds.  They took us from Ystad to Malmo, 50nm including a drawbridge, in 8 hours exactly.  Averaging above 6 knots for a continuous 8 hours, in big seas and periodically drenching rain, was a great way to round up the trip.

The next day Hannah and Tjesse joined us for a sail back under the bridge, and thanks to Andres, we pulled up right behind the Open 60 class (I think), “Hugo Boss” (youtube: “Alex Thompson mast walk“, “Alex Thompson keel walk”), and got a personal tour from skipper Pepe Ribes.

Greetings to Tony, who we met and dragged to Sunny’s, and then on to Neptune.  BLTs and milkshakes at 4 a.m., lovely way to end a night.

I resized my favorite old sweater that never fit, just in time for fall. It’s a 40 year old Jack Mulqueen of New York. My seams aren’t the greatest but they’re also not going anywhere.  I used a blanket stitch to bring in the sides and arm width, then cut, then more blanket stitches to ensure things don’t unravel. 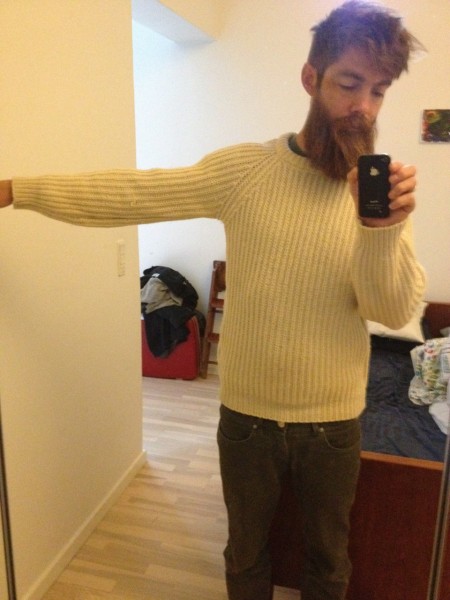 Just some random phone pictures from the Summer and Fall. Happy times.

We sailed to Roskilde for one day of the festival, 80nm, rather far for essentially a weekend sail. But we finally sailed through the night, leaving Copenhagen at 20h30, arriving in Hundested in 10m/s winds at 08h30 the next day. The night was lovely, and uneventful save a massive ship wake that managed to even soak the mainsail.

A September day in Oslo hanging with Emily.

I only grabbed the camera on one day in Chamonix, a trip 3,842m up the Aiguille du Midi.

From our trip home last winter- the new kids.

This year we sailed to Norway and back over 22 days. Lars the cat was along as well. Some of these are duplicates from the trip blog we managed to keep almost up to date along the way. Too many pictures once again, but it was 22 days after all…

The map of where we sailed, which I’m very fond of, is here.

Thanks again to Sasha for joining us for a few days (all the way from South Sudan), excellent idea.

A lovely overnight stay with friends in Höör, a little green time and the closest we’ll get to a proper fall day.

Since she’s so much fun, Isabella gets her own post.

The Mobilio’s, finally in Copenhagen!

First sail of the season, not much wind, but beautiful weather otherwise. We headed for Mölle, arrived late, to get one of the last spots available in the harbor. Boats were stacked ten deep in some cases, we were 8th out, but at least inside the harbor. Others were doubled up to the outside of the harbor wall.

We were finally able to visit Landonia, the drift-wood “micronation” along the coast of Kullen. Read about the sculptures here. It’s definitely worth a visit if you’re in the area- but make sure your health insurance is paid up beforehand.

The harbor master at Mölle was smitten with Lars- so much so that he flew the Stars and Stripes in our honor. Awfully nice!

A few pictures from a very quick Winter trip to Rome.

Tushar, including an animated gif. Woot!

A few days at Chautauqua with the family. August, amazing weather, but not enough people for the evening Belle cruise when we tried… another time.

So far only one, Orange Drops:

Much belated pictures of Jen & Josh & a short trip to Hven.

The trip began by a giant dead bird sighted just before a 2 and a half hour 15m visibility fog. It continued with a decent night, and easy sail to Hallands Väderö, where we anchored the nice Swedish coast way, bow to the rocks with a stern anchor. We had a swim, and dove to check the anchor was set well, grilled some dinner, and had a lovely evening. Then the wind rose, the moon went away, the anchor dragged, we reset in the dark at 22h00. The anchor dragged again, we reset at midnight. Dragged again (Catherine found her way into the water at this point, but was thankfully only in waist deep), and we left our terribly tight and rocky anchorage in the pitch black. We sailed for 3 hours in the darkness, growing winds, fairly rough seas, but managed to find our way to Torekov by 3 a.m. The next day was a gale, no sailing. The following morning found us in 2-3m (maybe even 4?) seas, with a sea-sick cat, and a sea-sick wife. The evening found us near Helsingborg, where a thunderstorm kicked us along at 5.5 knots with nearly all sail doused, and we made it to the harbor just before a second storm. The following morning gave us more storms, and unbelievably, a water spout dropping from the sky to meet a swirl of spray on the surface. Thankfully that stayed at least a mile away. The boat is still floating, we have learned even more, and Lars doesn’t hate us.

We finally had some decent weather this last week.